Jet pumps generate high-velocity fluid jets to lower downhole pressures and increase production rates. The basic operating principles of the subsurface jet pump mimic those of the jet engine. Both the pump and engine contain a nozzle that converts pressurized, slow moving fluid into lower pressure, fast-moving fluid by adiabatic expansion. In the case of a jet engine, the fast-moving fluid—a burning mixture of air and jet fuel—generates the thrust that propels a plane forward. The thrust generated by the movement of a high-velocity jet pump fluid, on the other hand, lifts hydrocarbons to the surface 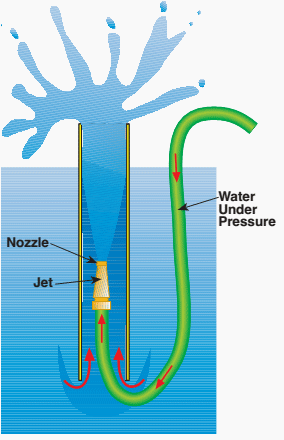 The jet pump is deployed downhole through the casing string to a depth at which it is immersed in the production fluids in the wellbore. A pump at the surface (see below) moves a pressurized fluid called a power fluid—typically refined oil, water or a mixture of oil and produced water—downhole through tubing to the jet pump, where the fluid flows through a nozzle in the nose of the pump. The nozzle introduces a constriction in the power fluid’s flow path that causes the fluid speed to increase through the nozzle per the venturi effect, a corollary to Bernoulli’s principle that describes the reduction in fluid pressure that results when a fluid flows through a constricted section of pipe. 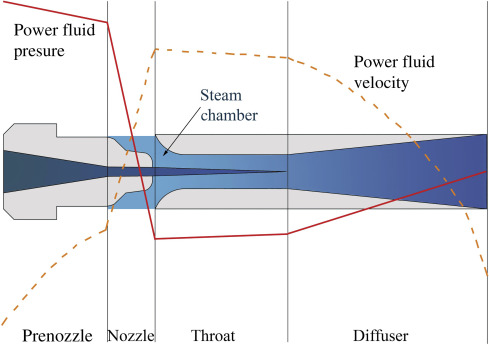 – Injection pressures to 3,000 or 5,000 psi
– Seal-less diaphragm design operates without packing or stuffing box
– No VOC or environmental exposure
– Can operate indefinitely with blocked or closed suction line without damage
– Can run dry 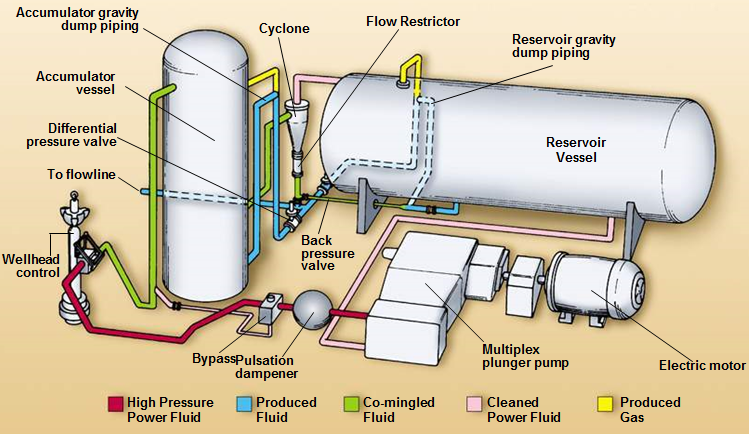 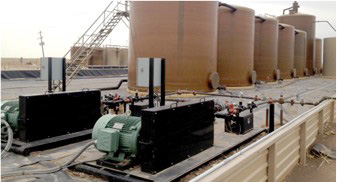